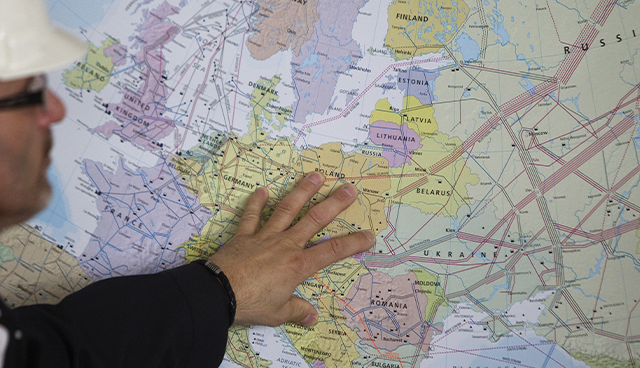 Premature moves to reduce European dependence on Russian gas could lead to storage levels reaching lows that would render gas rationing and blackouts “unavoidable” in central and eastern Europe, even with solidarity measures in place, says Katja Yafimava, Senior Research Fellow at the Oxford Institute for Energy Studies. 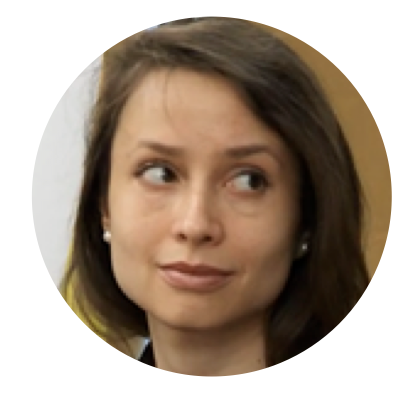 The Russian invasion of Ukraine on 24 February 2022 has made the idea of Russian gas as a weapon the “predominant narrative” in Europe, Yafimava explains. Overall gas flows to Europe from Russia have fallen by two-thirds compared to 2021. It has added impetus to the European Commission’s new policy and legislative initiatives regarding gas security, with EU policy changing from reducing dependence on Russian gas to phasing it out fully by 2030. The Versailles Declaration pledges to phase out dependence “as soon as possible” and REPowerEU commits to cutting imports of Russian gas by two-thirds in 2022 and altogether by 2027. The revision of the SoS Regulation has set mandatory storage filling targets for member states and the Gas Regulation revision has now made certification of storage operators mandatory, where it had only been mandatory for TSOs previously.

“There are constraints that prevent many of the things proposed within REPowerEU from being implemented,” Yafimava says. “Some are more likely and realistic, but some suggestions are not. There are constraints of a physical, commercial, and legal nature. It is fair to say that these measures will be very expensive and too fast of a reduction on dependence on Russian gas will actually be detrimental to energy transition and jeopardise greenhouse gas emissions reduction targets.

“Gazprom’s supply contracts do not expire en masse until 2030 or beyond, apart from a couple of contracts of not very significant volumes. REPowerEU talks about a complete phase out by 2027. There is a discrepancy, and this is important because if contracts are broken, then there will be very heavy financial penalties and also the question of what fuels will replace the gas, to which there is no obvious answer.”

The short-term measures contained within the REPowerEU plan include the increase of imports of liquified natural gas (LNG), with an aim of 50 billion cubic metres (bcm), the increase of pipeline gas imports by 10 bcm, the delayed
phase-out of coal plant (accounting for 24 bcm), the abandonment of the phase out of nuclear plant (seven bcm), fuel switching in residential and service sectors (nine bcm), and energy-saving measures (10 bcm). Mid- and long-term measures centre around the development of renewable and efficient technologies such as heat pumps, solar and wind power, and renewable hydrogen development.

Presently, Russia accounts for one-third of European gas demand and 40 per cent of imports. The $50 billion revenue it generated in 2021 was worth 15 per cent of Russia’s total budget for the same year. “Realistically and pragmatically, it is neither in European nor Russian interests, politics aside, to see those supplies being cut,” Yafimava says, although she notes that it not inconceivable for this to happen should Gazprom go unpaid.

A modelling exercise carried out at the Oxford Institute for Energy Studies showed that the winter would be “very difficult” for Europe, particularly in the centre and the east, should the gas imports be majorly disrupted. “That would be, even with solidarity measures, a very significant impact. In the event of emergency, the UK and the Republic of Ireland are in a better situation in terms of physical supply security compared to Germany, and central and eastern Europe,” Yafimava adds. “Still, if there is a complete cut-off of Russian gas to the continent, this will be felt on both islands due to their interconnectors and the impact in terms of price.” She also notes that solidarity measures with the UK are now “a matter of goodwill” rather than a legal certainty in the post-Brexit landscape but predicts that such goodwill would prevail in such a situation.

“Gazprom’s supply contracts do not expire en masse until 2030 or beyond… REPowerEU talks about a complete phase out by 2027. There is a discrepancy…”

Storage filling, the security of supply mechanism that would help alleviate shortfalls in an emergency situation, has been on track, although Yafimava notes that the mandatory filling requirements introduced by the EU have added extra pressure to already-inflating prices. Flows from Russia have been affected in various ways: the Ukrainian corridor is seeing 42 million cubic metres per day (mmcm/d), less than half of the booked 110 mmcm/d; there is no flow on the Poland/Belarus corridor; Nord Stream flows had seen a 60 per cent decrease (partly due to sanctions which prevented one turbine from being shipped back to Russia after it had been repaired in Canada and also interfered with maintenance and capital repairs of other turbines which were being taken offline due to technical faults and due to exhausting their maximum hours of operation); and the TurkStream pipeline is delivering 40 mmcm/d to southern Europe with no disruption.

“Storage has been at a quite healthy level, but the filling has slowed down after the reduction of Nord Stream flows,” Yafimava says. By August 2022, European storage has been filled at 70 per cent but flows on Nord Stream have declined further to just 20 per cent of capacity, as yet another turbine has been taken offline, thus making reaching the EU filling target of 80 per cent by November yet more challenging, with all the gas that Europe could import from elsewhere. If storages are not refilled by winter, she warns, “gas demand rationing and blackouts are unavoidable”, particularly in Germany, central, and eastern Europe.

Speaking in June, Yafimava said: “In the coming weeks and months, I believe that Nord Stream flows are likely to be restored to their full extent but only when and if this issue with the turbines is resolved. More generally, what would have to be resolved is that western sanctions do not jeopardise technical maintenance of equipment that is necessary for the exporting of Russian gas to Europe under existing contracts. That issue will have to be resolved because the main reason this reduction happened is that Gazprom wants to send a clear message that for flows to continue, the issue with sanctions will have to be resolved in such a way as not to hurt maintenance.” By mid-August, this issue continues to be unresolved as, although the turbine had already been shipped to Germany from Canada, following the latter’s government decision to grant a waiver, Russia has refused to accept the turbine unless it is accompanied by additional guarantees confirming that the EU, UK, and Canadian sanctions regimes will not hinder maintenance and repair process for all turbines.

Concluding, Yafimava states her opinion that the phasing out of Russian gas by 2027 would incur unnecessary constraints on European energy and that cutting dependence by two-thirds by year-end 2022 is “not realistic” without demand curtailment and rationing

“It is a very big challenge that the EU is facing because it has been awash with competitive gas from Russia, Norway, LNG, and now it is a completely different situation because the EU has made a political decision to phase out Russian gas,” she says. “All of these plans are yet to be costed and assessed for realism. To me, the most beneficial scenario for everyone is if the supply of Russian gas continues until expiry of the contracts, and that would allow time for everyone and prevent further jeopardisation of achieving green-house gas emissions reduction targets.”