Powering the Green Recovery in the post COVID-19 world

Playing our part in creating a net zero future 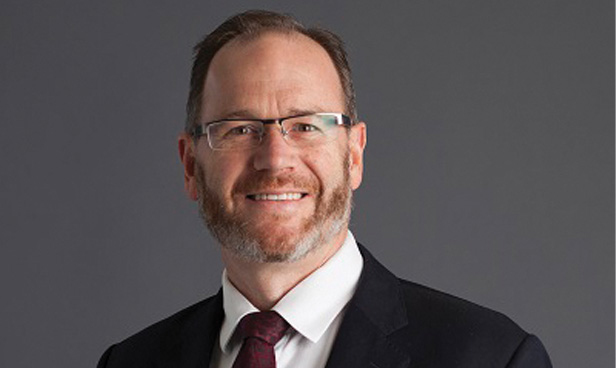 The EU has announced an intention of achieving net zero greenhouse gas emissions by 2050. However, current policies only set us on a course of reducing emissions by only 60% by 2050 (as against 1990 levels). Therefore, as challenging as our current decarbonisation ambitions are, it is clear that we must significantly increase our level of ambition to achieve carbon neutrality at an EU level within 30 years.

The 2019 Communication on the European Green Deal (EGD) aimed to reset policy and legislation to achieve this objective. The first step was to increase the interim decarbonisation target by 2030 and so the Commission committed to presenting an impact assessed plan to increase the existing 2030 target of reducing emissions by 40% to at least 50%, and towards 55% (as against 1990 levels). Based on the impact assessment, the Commission published a Communication on Stepping up 2030 Europe’s Climate Ambition (the Climate Target Plan) in September 2020 which proposes to increase the 2030 target to at least 55% emissions reduction by 2030.

Underpinning this will be the EU Climate Law, a proposed Regulation to establish a framework for the irreversible and gradual reduction of greenhouse gas emissions and enhancement of removals by carbon sinks. It would bind the EU institutions and Member States to take actions to achieve carbon neutrality by 2050 and require the Commission to monitor progress and take enforcement action. It would amend the Governance Regulation to factor the new carbon neutral target into Member States’ climate policy planning and reporting obligations.

The direction of travel is outlined in strategies referenced in the EGD Communication and Climate Target Plan, which include the Energy Integration Strategy, the Methane Strategy, the Offshore Renewable Energy Strategy, the Hydrogen Strategy, Renovation Wave, the Industrial Strategy, the Circular Economy Action Plan, and the EU Strategy on Adaptation to Climate Change.

The immense scale of ambition of these proposals should not get lost in the detail, with a level of investment required that is unprecedented in Europe. According to the Climate Target Plan, investment in the energy system, including transport, needs to increase over 2021-2030 by an additional €350 billion on average each year (compared to 2011-2020) to achieve 55% reductions by 2030 — an incremental increase of €3.5 trillion in investment compared to the past decade. The investment pillar of the EGD is the EGD Investment Plan which aims to mobilise at least €1 trillion. Other cornerstone policies — the Sustainable Finance Package and Capital Markets Union — are developing frameworks to facilitate re-direction of private investment towards sustainable and decarbonised materials, processes, products, services, and infrastructure, and to facilitate the use of market-based financing, securitisation and other funding alternatives to meet the financing requirements of those working to implement the EGD’s goals.

How will this impact renewables and energy efficiency targets?

We will not know with certainty until EU legislation is reviewed. The impact assessment considered a range of policy scenarios aimed at emissions reductions of circa 55% by 2030 and, based on this, the Climate Target Plan stated:

Ireland’s Programme for Government and Climate Action Plan provide a strong foundation for Ireland to meet its share of this ambition. However, while these commitments seemed extraordinarily ambitions when published, they are now likely to only represent the minimum that will be required to achieve Europe’s 2050 ambitions. The Climate Action and Low Carbon Development (Amendment) Bill 2020 has undergone pre-legislative scrutiny. It would give legislative underpinning to Ireland’s 2050 zero net emissions target and strengthen the governance structures of the Climate Action and Low Carbon Development Act 2015, including by requiring annual revisions to the Climate Action Plan; long term climate action strategies; national adaptation frameworks and sectoral adaptation plans; and five-year carbon budgets.

The parties to the EU-UK Trade and Cooperation Agreement affirmed their commitment to 2050 carbon neutrality and 2030 targets, and climate change is recorded as representing an existential threat to humanity. The terms of the EU-UK Trade and Cooperation Agreement indicate political will by the Parties to maintain access to each other’s infrastructure and energy markets, stakeholder cooperation, and collaboration on international offshore renewable projects. The efficacy of new governance structures (to be developed through the Specialised Energy Committee) in facilitating collaboration between the UK and ACER, ENTSO-E, ENTSOG, and North Seas Energy Cooperation remains to be seen, as does long-term management of divergence / disputes. In terms of the island of Ireland, continued functioning of the SEM is underpinned by the Withdrawal Agreement, and the EU-UK Trade and Cooperation Agreement has put in place a pathway for development of day-ahead trading arrangements between the UK and the island of Ireland.

Attainment of Europe’s 2050 goals requires nothing less than a fundamental transformation in the way in which Europeans live – including how we generate, store, transport and consume energy. This requires not only one of the most substantial infrastructural investment programmes in the history of the continent, but fundamental changes in the way we behave and think about energy. Traditional energy market design and regulatory constructs will not incentivise the necessary investments and behavioural changes. Achieving such ambitious goals requires an immediate and sustained commitment to regulatory refinement and resourcing. The challenge is enormous, but so is the opportunity. Few Member States are better placed than Ireland to lead Europe in transforming the energy system. Our future is in our hands.