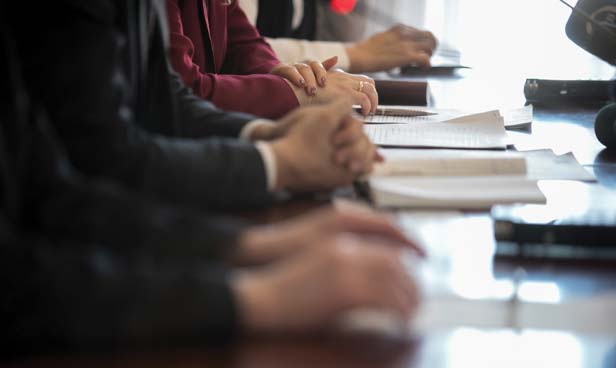 Now is the time for policy makers and public and private sector organisations to realise the vital role standards play in securing a sustainable future.

The value of developing and implementing technical standards has been recognised for decades. Standardised products and processes help the global economy to run smoothly and efficiently, promoting best practice across many industries. Standards on safety have also improved the health and wellbeing of billions of people around the globe. Now, the greatest challenge faced by humanity is the threat of irreversible climate change. Standards can also play a key role in this arena, helping us meet our ambitious climate targets.

The Climate Action and Low Carbon Development (Amendment) Act 2021 sets Ireland on a legally binding path to net-zero emissions by 2050. Among Ireland’s government agencies who will be responsible for supporting the Act is the National Standards Authority of Ireland (NSAI), who will provide vital support through the creation of standards in various subject areas. Harnessing the power of standards, NSAI will support stakeholders in setting the tone for how green measures, such as home retrofitting, energy innovation and the circular economy can be utilised in Ireland.

Standards are formed through a consensus-based process, taking into account as many voices as possible. The documents are put together by standards committees, composed of stakeholders with widely varying backgrounds, expertise, and interests, from PhD researchers and start-up owners, all the way through to policymakers and multi-national executives.

As a result, the final output of the Committee, the Standard, upholds principals such as safety, efficiency, and interoperability, while also incorporating the latest developments in policy, research and innovation. Standards set the bar for the products, services and processes used and made available within Ireland, making them an incredibly useful tool with which to secure a climate-neutral future.

Bringing innovation into the mainstream

According to the IDA, Ireland is 11th in the world for its overall quality of scientific research. As a country with such a high level of activity in the research, development, and innovation space, it is vital that the latest discoveries and solutions in science and technology reach their full potential in our industries and societies.

Standards are the perfect vehicle through which to do that: by introducing new concepts and ideas to a standards committee, researchers can gain professional recognition from industry peers, all while helping to establish a new and improved national norm which could contribute to Ireland’s ambitious climate targets.

Researchers can also use participation in standards committees to take their RDI project to the next level. Public funds value standards as a research project outcome, making it a valuable addition to any project proposal.

Meanwhile, those looking to bring their idea to life in the form of a new product or service can use the insight of the standards committee to ensure interoperability and compliance with the relevant regulations. During our climate emergency, introducing real world, market-ready solutions in a timely way is made possible with standards.

To learn more about how innovators and researchers can benefit from and support standardisation, visit: NSAI.ie/standards/standards-innovation/

As documents which set the bar for products, services, and processes in Ireland, NSAI standards reflect and support the latest policies as set out by the Government. These requirements are combined with knowledge from a team of technical experts who live and breathe the industry, resulting in a standard that can show how complying with regulations can be achieved in the real world.

Not only can standards themselves strongly support national policies, there are also significant benefits for a government department, agency, health trust or local authority to become involved in setting and reviewing standards.

Policymakers’ active engagement with standards committees can allow them to implement policy in a significantly more informed way. By directly observing and working with the sector’s businesses, researchers, and stakeholders, they are offered the opportunity to grow their industry awareness. In the process, they build great capacity to spot potential policy challenges and solutions which could arise. 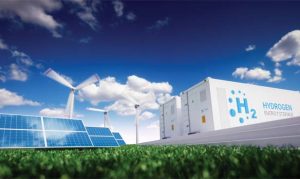 Making the connection between hydrogen research and standards

In June 2021, NSAI and Gas Networks Ireland started a two-year secondment to work on standardisation activities relating to hydrogen. Recognising the fuel as a relatively new area with great potential to be adopted nationwide, a Hydrogen Standardisation Expert was appointed.

Their role is to increase Ireland’s pool of knowledge relating to hydrogen standardisation, drawing on the widest possible panel of experts including Irish academia, think tanks and research bodies. Collaborating with NSAI’s counterparts across Europe, these experts will then work to create new and improved suite of hydrogen Standards.

This new venture aligns with the Government’s commitment to invest into the research and development of hydrogen energy, and ultimately, it will facilitate informed decision making around standards for the use of this new fuel in Ireland and beyond, helping to drive climate-neutral policies.

Standardisation can therefore be used to ensure that all public bodies are working to the same agenda, in this case, the goal of a more sustainable future through the Climate Action Plan, in collaboration with experts from the private sector and in a voluntary space. Policymakers who work on standards successfully ‘get in on the ground floor’, ensuring implementation of policy is as effective and achievable as possible for the industry.

Find out more about Standards help to realise policies and regulations at: NSAI.ie/standards/supporting-standards/

In support of the growing demand in Government and across industries to answer the climate emergency’s call, NSAI has been identifying and prioritising standardisation activities in areas relating to climate action.

Currently, NSAI has several standards committees working in climate action related areas such as wind energy, solar energy, alternative fuels in transport, electrification of heat and transport, and the circular economy. This scope is only growing; the Authority in collaboration with policymakers, researchers and industry professionals, identifies new areas in which to begin standardisation activities.

For example, the recently published Standard Recommendation (SR 50-4:2021) which provides guidelines for the design, installation, commissioning, and maintenance of heat pump systems was developed to ensure best practice in this technology which will facilitate a move to low carbon home heating.

More recently, the area of hydrogen energy is one in which NSAI is supporting new cross-disciplinary standards work.

Innovative technology is key to climate action. By facilitating collaboration between Ireland’s policy makers, researchers and industry experts, the Authority can support Ireland’s pursuit of climate neutrality by getting ‘ahead of the curve’ and ensuring best international practice through standards.

To find out more about how Standards are empowering Ireland’s future, visit: NSAI.ie/standards