Playing our part in creating a net zero future

Confronting the increasing threat of cyberattacks against electricity infrastructure 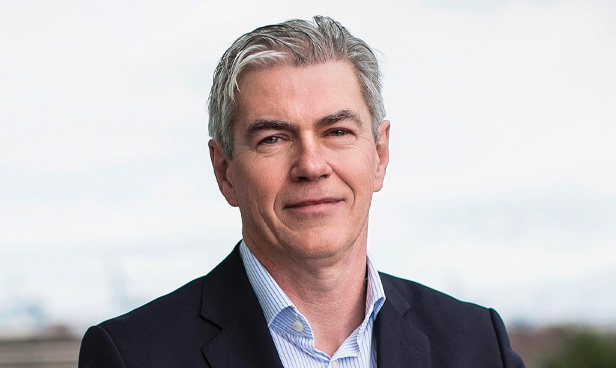 The next decade has the potential to be revolutionary for the country’s electricity system. We have the potential to meet the challenge of the climate crisis with innovation and cooperation that will be an example for others.

EirGrid has a pivotal role to play. We have been set a task by the Government – to get the electricity system ready for a future without fossil fuels like coal, oil, peat and gas. Specifically, we have been asked to prepare for 70% of Ireland’s electricity coming from renewable sources by 2030. This is a key step towards the aim of Ireland having net-zero carbon emissions by 2050.

EirGrid embraces this challenge and we will explain how we will meet it through the publication of our “Shaping Our Electricity Future” roadmap later in 2021.

The purpose of the roadmap is to advise and guide the Government, regulator, industry stakeholders and consumers on the optimal pathway to deliver our ultimate ambition for a renewables-based power system, while maintaining an affordable, secure, and reliable power system.

Crucially, the roadmap will help us to identify the key initiatives required to reach the next stage in this ambition, namely achieving 70% renewable energy by 2030.

The grid will require unprecedented change in the next ten years. Over this time, we project that Ireland will require the connection of up to 10,000 megawatts (MW) of additional renewable generation by 2030. This power will have to be generated, connected to the grid, and delivered throughout the island.

There are several ways to approach these twin challenges, and they have different outcomes. “Shaping Our Electricity Future” is about finding a balance between the benefits and potential impacts of each approach.

The transition to clean electricity will affect everyone in Ireland and will sometimes be difficult. Because of this, we are hosting a nationwide consultation process to find an agreed approach to reach the 2030 targets. We want to collaborate with the public and stakeholders.

We have identified four draft approaches and we are canvassing the views of industry and the public in order to help shape our final strategy.

One thing is clear; the electricity grid needs to be made stronger and more flexible. This requires a decade of grid development projects. Without this work, Ireland won’t be able to rely on a secure supply of electricity, and we can’t have 70% of this power coming from clean sources by 2030.

Preparing Ireland’s grid for the future of clean electricity will be one of the largest projects in the history of Ireland’s power system. It will have potential costs running to billions of euro – but the scale of the final cost will depend on the approach we take.

EirGrid, as the operators of the grid, will play a key role, but we cannot deliver this goal on our own. This is a target that will require developments across the entire electricity sector. From generators, from regulators, from government, from ESB Networks, and from large-scale energy users.

All key players will need to work together, and there will need to be flexibility and innovation from all. In fact, some of the four draft approaches we propose are dependent on what other organisations can do to make this target possible.

Because of this, and of the complexity of this ten-year transition, the four draft approaches are not standalone solutions. Given the scale and challenge of this task, our final plan is likely to include elements of all four approaches, led by one of them.

This will not be an easy journey, and it will not come without challenges or sacrifices. As a society, we need to decide what we value for ourselves, and for our children. We can make a meaningful difference to a global crisis, but it will mean embracing and accepting change, potentially on your own doorstep.