Optimally allocating renewable generation in Ireland: A long-term outlook until 2050 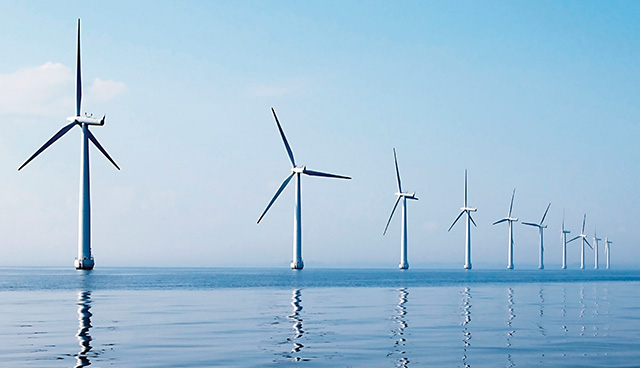 The Irish energy White Paper released in December 2015 states the objective of diversifying electricity generation from renewable energy sources (RES-E). While onshore wind is planned to continue to make a significant contribution, the question arises as to which roles other RES-E technologies, such as solar PV, wind offshore or bioenergy, will play in the future.

Moreover, the Irish 2030 target for RES-E is about to be set (the EU has set a 32 per cent EU-wide binding target). Since future electricity demand growth is undetermined and the national target is yet unknown, this creates a high degree of uncertainty around the overall amount of RES-E required. In this uncertain context, this research seeks to provide support for:

1. Achieving the national RES-E target determined as percentage share of energy demand in a cost minimal way under consideration of different diversification approaches.

2. Long-term planning of the electricity system by providing insight into the future regional distribution of generation and demand under different scenarios.

In order to address the uncertainty in the demand development (from today’s perspective largely driven by the growth and connection of data centres) and in the 2030 targets, the ESRI consider two different demand development cases (high/low) and three different 2030 targets for RES-E in Ireland (45 per cent, 50 per cent and 60 per cent), which are assumed to increase to 70 per cent, 80 per cent and 90 per cent by 2050 respectively.

RES-E expansion on a national level

RES-E expansion on a regional level

In the Least Cost scenario, the most favourable locations for wind on the west coast and in the north of the island are subject to strongest expansion. These capacity hotspots change in both Diversify scenarios. For instance, rooftop solar PV has its most preferable conditions in the south and requires a sufficient amount of population to have the required roofs available. Therefore, generation shifts southwards in the Diversify+PV scenario.

Our results show that the uncertain growth in electricity demand creates enormous challenges for policy and planning in terms of compliance with RES-E policy targets, defined as percentage shares of the overall electricity demand. Moreover, we find that, unsurprisingly, wind onshore proves to be the dominant technology across all scenarios. However, bearing in mind the extremely high values of onshore wind capacity that are required to comply with the long-run RES-E targets, it should be noted that these imply enormous space requirements and will almost inevitably lead to problems in relation to public acceptance and land-use planning in general, as other research has shown.

This research did not account for costs of grid expansion. Therefore, the higher costs of diversification and PV are likely to be at least partially compensated by lower grid expansion costs in the Diversify scenarios since the RES-E generation is more scattered over the country in these scenarios, and the rooftop PV capacities in the Diversify+PV scenario will mostly be installed in areas of high demand. Nevertheless, the results shed light on the trade-off between the objectives of cost minimisation and diversification. While RES-E diversification may implicitly contribute to reducing concerns in relation to acceptance and land-use planning, it doesn’t come for free. It will therefore be important to understand the trade-offs people make between different RES-E portfolios and the corresponding costs.

Valentin Bertsch was appointed Head of the Energy Systems Analysis Department of the DLR Institute of Technical Thermodynamics in August 2018.