Now you can green stamp your real estate investment

Offshore wind: A key feature of Irish renewable activity and here to stay 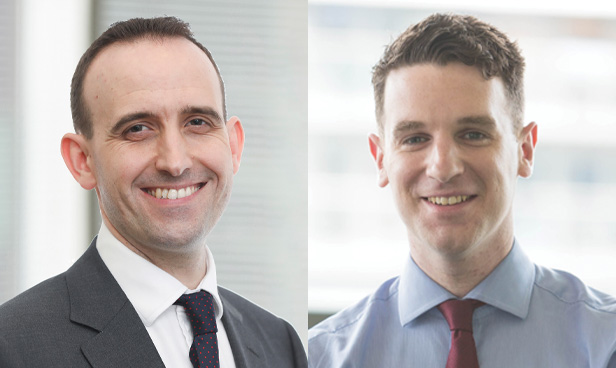 Energy demand growth, strong policy support and an increasing amount of capital seeking investments in renewables, coupled with corporates and utilities transitioning from brown to green power has led to offshore wind becoming an increasingly prominent feature in the Irish mergers and acquisitions (M&A) market. Russell Smyth and James Delahunt of KPMG consider what is driving this change.

2020 was a challenging year for business across all sectors and this certainly fed into overall levels of M&A activity in the market. The operational, financial and economic challenges brought about by the Covid-19 pandemic resulted in significantly reduced opportunities to meet counterparties, inspect assets or businesses or indeed have the internal deal team capacity, given that management’s short term focus and time was spent on navigating the immediate issues brought about by the impact Covid had on existing operations.

While M&A activity in particular sectors such as consumer, retail and aviation were severely impacted, one sector which has proven more resilient is renewables. Notwithstanding the pandemic, the favourable policy backdrop such as the Climate Action Plan and the Irish government’s commitment to achieving 70 per cent RES-E by 2030 meant that investors retained confidence that the energy transition would remain front and centre on the policy agenda long after the pandemic eventually passes. Furthermore, the lack of returns in other more traditional investment products, including bonds and savings, and volatility in the stock market, has made stable renewable assets with government-backed incomes even more attractive.

As well as resilience, the renewables M&A market has also shown increased diversity over the last year, with the traditional dominance of onshore wind, giving way to solar, battery storage and offshore wind transactions also.

Traditionally, operational or development onshore wind assets dominated renewable energy M&A in Ireland. In more recent times this has been complemented by a greater level of activity in technologies such as solar, where developers sought to introduce investment partners in advance of RESS, or offshore wind projects sought scale investors to assist in the significant development demands of these large-scale projects.

As well as renewable demand growth driven by Ireland’s ‘70 by 30’ RES-E target, overall energy demand itself is also forecast to expand, driven by expansion of large energy users, growth in electric vehicles and the development of new data centres. According to EirGrid the forecast all-island energy demand growth for the next 10 years is expected to be up to 47 per cent.

If Ireland is to meet its 2030 RES-E objectives it is clear that onshore wind and solar alone will not be sufficient. Offshore will therefore be a critical component of the renewable energy mix, and this will require significant capital investment to deliver.

What is driving interest in offshore?

While historically viewed as an emerging and higher risk sub-sector, technological improvements and proven track record across the UK and Europe means offshore wind is now considered a mainstream and highly investable asset class. Furthermore, given the wall of capital now chasing renewable investments more generally, offshore wind provides an opportunity to deploy large sums of capital against a proven, long-term asset.

It is also noteworthy that the profile of investors for offshore wind in Ireland varies from the traditional investment funds that have dominated the onshore wind renewable M&A landscape over recent years.

Given that Irish offshore wind projects are still a number of years from reaching operational stage and therefore generating cashflows, investing in an offshore project clearly would not suit a financial investor such as a pension fund looking for a yield on capital in the immediate term. Instead, investment in earlier stage offshore development projects has been dominated by specific development focused funds or more commonly in an Irish M&A context, domestic and international utilities.

Utilities worldwide are transitioning from brown to green power and offshore is an ideal asset class where they can leverage their in-house technical expertise with more patient capital to gain access to large scale projects to make a significant dent in their own internal renewable energy targets.

To date, this has manifested itself through two types of transaction in the offshore wind sector in Ireland: investment in existing Relevant Status Projects by a utility; and development teams partnering with an investor to source, identify and develop new greenfield projects.

Examples of investments in Relevant Projects have included Parkwind and ESB’s investment in OrieI windfarm, Innogy’s investment in the Dublin Array project, where it is partnering with Saorgus Energy; and EDF’s acquisition of a stake in Codling Wind Park from Hazel Shore Limited.

Separately, we see development teams with expertise in offshore wind being sought after by domestic and international utilities and oil and gas majors seeking to invest in renewable projects. One deal already announced in 2021 is Shell’s partnership with Simply Blue. This is a fantastic endorsement of an Irish-based team with international experience, as well as an encouraging demonstration of an oil major continuing its commitment to the energy transition.

What is particularly interesting about these types of partnerships is that the developers remain at a very early stage of project development. The fact that they have attracted investment demonstrates great confidence both in the teams themselves and Ireland’s commitment to the development of a robust onshore wind sector.

What does the future of offshore M&A look like?

To understand what the future of offshore wind M&A looks like in Ireland, we can look across the Irish Sea to the UK, which is a more mature market with a healthy pipeline of both development and operational assets.

A particularly active part of the market is secondary trades of operational projects. Supply and demand has pushed down investor IRR’s, with operational assets now trading at below a 7 per cent levered IRR and showing no signs of the return to premiums previously commanded over onshore assets. Pension funds, traditionally active in the onshore wind M&A space, are increasingly investing in operational offshore projects and viewing them as cornerstones of their portfolios.

With the renewable agenda only getting stronger, the outlook for offshore wind M&A activity over the coming years remains strong.