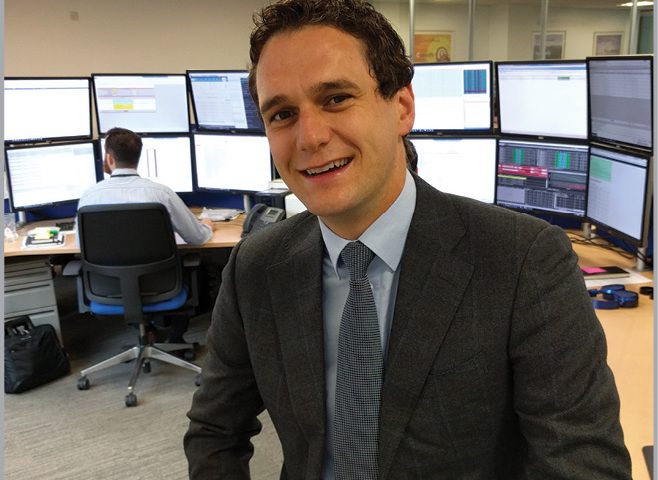 ElectroRoute’s Ronan Doherty looks at the challenges and opportunities presented by I-SEM.

One of the most important changes in the Irish electricity landscape will be the upgrade of the existing electricity market, the SEM, to a new electricity market called the I-SEM in 2017. The EU’s desire to create an “internal energy market” materialised through the Third Energy Package has seen the rollout of the European Electricity Target Model across member states over the past few years. One of the main goals of this Target Model is to streamline cross-border flow of power between coupled markets.

As the dreaded date of 1 October 2017 draws closer, the whisperings and murmurs of scary fables only observed from afar until now like greater forecasting burden, balance responsibility and extreme price events (such as negative pricing) get louder instilling fear and dread in companies. Assets with modest IRRs and retailers with low margins are justified in having concerns about even small changes in their revenue streams. Participants are wondering “what is going to happen to me?”, but maybe the best way to answer that question, particularly for renewable generation is to look inwards and ask “what will I do to the market?”.

It is Ireland’s turn to belatedly join the party, markets such as Great Britain, France and Germany have been operating under the new Target Model for several years. Experiences from these markets can help to greatly demystify the type of market activity that will be in situ in Ireland post 2017.

On a daily basis the I-SEM will have three main forums of activity, the day ahead market, intraday market and the balancing market. Historically wind generation has been a big driver of the wholesale electricity price but under the new arrangement wind will also impact the activity in each of the three stages of market participation. As it is the case in GB and other balance responsible markets, wind generators in the I-SEM will typically trade volumes in the day ahead market where generators submit their forecasted output for a 24-hour period before gate closure at 11.00, for delivery from 23.00 that evening. This means that generators must predict their output from 12 to 36 hours before delivery, any imbalances due to forecast error or outage can be traded in the intraday market in the balancing market at a single imbalance price.

The balancing market traditionally produces the most volatile and unpredictable prices, as the transmission system operator works to balance the system in real time. These imbalance costs are an important incentive for traders to trade on the intraday market as the potential imbalance prices are uncertain and can be difficult to predict. Relying solely on the balancing market can prove costly for participants, previous research conducted by ElectroRoute has shown that a passive approach to the market in the I-SEM could potentially lead to balancing costs of €3-6/MWh for wind generators. It will become all important for market participants to achieve the most accurate forecast possible. Choices need to be made between statistical and physical forecasting methods as the uncertainty and variability of wind generation may dictate the amount of balancing action the TSO undertakes.

Intraday markets allow market participants to reduce their risk to imbalance prices up to 1 hour before delivery. By allowing participants to trade within a short time to period delivery, participants can take advantage of more accurate forecasts and potentially more profitable prices, while also using more up-to-date information to trade to a more accurate balance of supply and demand, thus reducing the amount of balancing actions the system operator will be required to take. The impact of wind generation on the liquidity in the intraday market can be seen when analysing the activity in the GB intraday markets following a large forecast error. In 2016, on average there was 30 per cent more volume being traded in the intraday market when the wind forecast error was greater than 2000MW (22 per cent of total installed capacity) than when the error was less than 250MW. While there are many other factors which impact intraday market liquidity, like system demand and generator outages, it is clear that prudent renewable asset owners looking to adjust their day ahead positions and achieve the best price possible for their energy are driving volumes in the intraday market. The increased share of renewables on the system has also led to intraday markets becoming increasingly volatile as participants look to reduce the imbalance costs due to over or under forecasting the energy at the day ahead stage. These imbalance prices can be significantly different from the day ahead prices and the weighted average price of the intraday market. Renewable power holds a large share of the total power generation in Ireland meaning that the intraday market will be of increased importance in the years ahead.

Intraday and balancing markets also bring the potential for more extreme pricing as the market is free to react to real time system conditions. One such example is the concept of negative pricing, where market prices drop below zero. In essence, this is an economic signal that there is a gross over-supply of power on the system. Our traders typically see these events occurring during periods where large amounts of renewable generation and inflexible baseload generation are met by low system demand. Prices will go negative if a generator decides it would rather pay for its power to be consumed, rather than being taken “off the bars”, and therefore offers its power into the market at a negative price. For renewable generators, this can occur because they receive a renewable subsidy for every megawatt of metered output they produce, so there is an incentive for them to get dispatched even if they have to pay (provided the market price is not lower than their subsidy opportunity cost). In the case of inflexible baseload generators such as coal, they would often rather pay for their power to be taken rather than being switched off, incurring large start-up costs.

This is a phenomenon which has been present in Central European markets such as Germany and France since the start of the decade, a phenomenon which our traders are seeing more and more often as installed renewable capacities increase. Just last month on Sunday 07/08/2016, we saw system prices in GB go to -£62/MWh for a record four conservative hours from 12:00 until 16:00. This was caused by a combination of low demand, high wind and solar generation. The correct combination of trading personnel, data feeds, analytics, market access and experience will ensure that a market participant is protected against (or even positioned to take advantage of) such extreme price events.

The I-SEM will bring new challenges for the industry but market participants should not look at these challenges as a threat, but instead as an opportunity.

ElectroRoute’s 24/7 trading platform and five years of continuous trading in European markets allows us to tailor direct route to market solutions for independent generators and a seamless transition into I-SEM.

For more information, contact the Client Services team at clientservices@electroroute.com