It’s a revolution, not an evolution 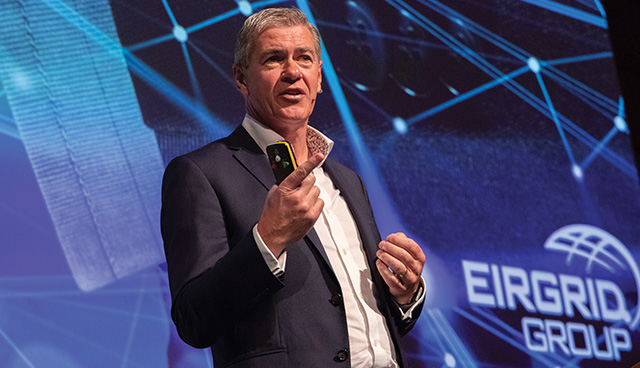 As EirGrid Group picks up the gauntlet in response to the climate crisis, Renewable Energy Magazine speaks to CEO Mark Foley about the organisation’s new corporate strategy and its goal to transform the island’s power system for future generations.

EirGrid Group’s new strategy is ambitious; it proposes the single biggest change to the electricity system since rural electrification, why is this the right time for such a significant shift?

Just pause to think about what is happening around us, climate breakdown is now an existential issue. It is a movement, it is a reality, and action is an absolute necessity. Global carbon emissions are the highest they have ever been and some of the latest scientific data is truly alarming; we may have only a decade or two to save the planet. Our own performance as a nation, as articulated by An Taoiseach and the Minister for Communications, Climate Action and Environment, is poor to say the least and this realisation has manifested in a really visionary response in the form of the all of Government Climate Action Plan.

We all have to stand up to this threat and EirGrid Group is not shirking on its responsibility to the people of the island or to our neighbours across the world. Through our new corporate strategy, we are committing ourselves to leading on the debate; to sharing our skills, expertise and data to inform the energy transition; to delivering on our element of this complex and radical transformation and to doing the right thing for our children and grandchildren.

How will you make the green energy system a reality?

At the heart of our new strategy is our purpose to transform the power system for future generations. We don’t use the word transform lightly. This is a seminal moment for both the island’s energy industry, but also the economy and society at large. We need to design and create a green power system which will deliver 70 per cent of electricity from renewable sources and we need to do it by 2030. This will not only reduce carbon emissions from electricity, from 12 million to 4.5 million tonnes of carbon per annum, but will also catalyse a revolution in transport and heat as the internal combustion engine becomes increasingly obsolete in favour of electric vehicles, and heat pumps gradually replace oil and gas boilers in residential homes.

The challenge facing EirGrid is significant, but equally the context provided by the Government’s Climate Action Plan is a rallying cry for all stakeholders in the system to work in a collaborative manner towards a common sense of purpose for the nation. Through the Climate Action Plan, the power system is being asked to carry the burden of Ireland’s response to the climate crisis. I suggest this is for good reason. We have built an extraordinary ecosystem in terms of our ability to deliver renewable energy projects, mainly on-shore wind with some solar in Northern Ireland. This has been coupled with our ability to push the frontiers of science to accommodate these intermittent technologies on the power system.

Over the course of last year, we achieved close to 33 per cent electricity from renewables on the power system and we are on track to achieve 40 per cent by 2020. Last winter, the power system was frequently operating at 65 per cent renewables for significant portions of the day. This is world leading and incredibly exciting in terms of setting the tone for the future where not possible is not acceptable.

What does this mean for the grid?

We have and will continue to publicly acknowledge and accept our obligation as one of a number of leaders to deliver on Ireland’s climate action ambitions. Our new purpose statement reflects this commitment, our strategy explicitly responds to the Minister’s call to arms; but we need to continue to work hard to get from where we are today to that 2030 position of 70 per cent electricity from renewables – more than double current levels.

To do this, we must upgrade the power system so that it can continue to handle world-leading levels of renewable energy, supplied through a combination of offshore and onshore wind, along with solar energy. In terms of the detail, this will require the connection of up to 10,000MW of renewables over the next decade. To put this in context, on an all island basis we have connected 5,000MW in the last 20 years.

To accommodate these renewables, the grid will require improvements to make it stronger and more flexible. This will be achieved by building new infrastructure, upgrading existing infrastructure and using innovative solutions as well as proven technologies which will drive greater capacity and efficiency from the grid.

The delivery of interconnection is also vital, both directly and indirectly, whether it is through our Celtic and North South Interconnectors or through third party privately financed projects such as the Greenlink Interconnector. Interconnection ensures that surplus wind or solar energy can be exported at times of low demand in Ireland and Northern Ireland. 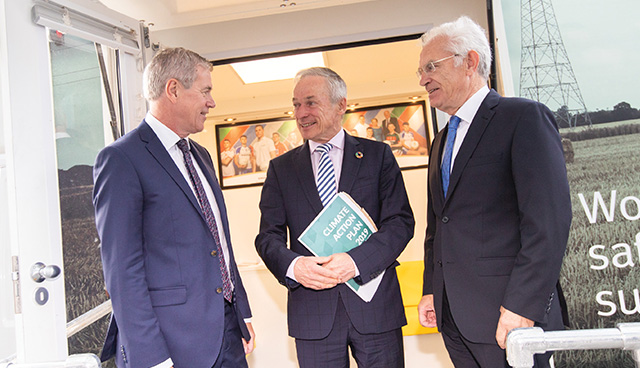 “Over the course of last year, we achieved close to 33 per cent electricity from renewables on the power system and we are on track to achieve 40 per cent by 2020. Last winter, the power system was frequently operating at 65 per cent renewables for significant portions of the day. This is world leading and incredibly exciting in terms of setting the tone for the future where not possible is not acceptable.”

Today we operate the grid at any given time with up to 65 per cent of renewables. This is a pioneering engineering achievement. By 2030, this must increase to 95 per cent. We will have to design and deliver the necessary products and services to support that significant increase. It will also require EirGrid’s engineers to operate the system in an even more dynamic and responsive way.

We will sponsor the ongoing development of the market which can support the cost effective delivery of a power system which is operating at 70 per cent renewable electricity by 2030. We are under no illusion that this is a seismic shift. We estimate that circa €2 billion investment will be required over the next five years, including investment in interconnection.

It is a revolution, not an evolution, but as always, we will pursue these changes without impacting on the reliability and efficiency of the electricity system. Ultimately, we are working on behalf of consumers and society at large.

A question I would ask is: What is the true cost if we don’t make this investment and if we don’t deliver this change? As a grandfather of two, I won’t consider anything other than achieving what we have set out to do. This is the challenge of our generation. The clock is ticking.