Diane Dodds: A vision for the renewable electricity sector 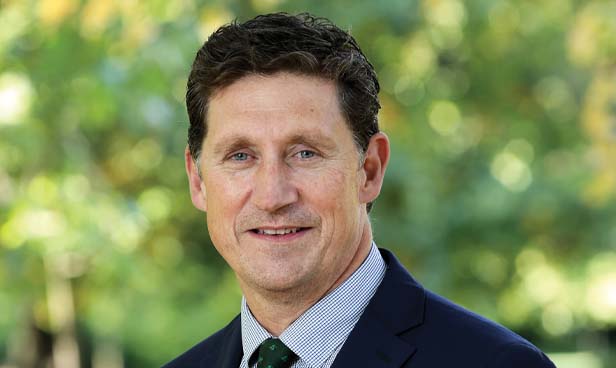 Minister for Environment, Climate and Communications, Eamon Ryan TD, discusses the enormity of Ireland’s renewable energy challenge and the opportunities that lie in raising ambitions.

Setting out the context for the huge challenge facing Ireland in its decarbonisation journey, Minister Ryan says that while the existing Climate Action Plan outlined an ambitious reduction of 16 million tonnes of CO2, the reality is that the country must seek to halve its emissions in the next decade.

“That has never been done in any country, but it is what we must do, on the understanding that it is going to be good for our economy,” he states, adding that doing so will allow the country to move towards more secure energy, food and transport systems.

“It is correct that we be really ambitious, not just because the science requires it but because it is the way the world is going and because we know there are opportunities in our ability to be good at this.”

Ryan says that the way Ireland will meet fresh ambitions will be underpinned by the structures, of the Climate Change Advisory Council, and climate law, with the Climate Action and Low Carbon Development (Amendment) Act 2021 now signed into law.

The law strengthens the existing advisory council, giving it a longer-term perspective to propose a series of three five-year carbon budgets to the minister, which will in turn inform the next Climate Action Plan.

The Climate Action Plan is expected to be published before the end of 2021 and Ryan explains that Government’s focus has been to ensure that ambitions continue to be raised.

“I plan to use the climate action plan to integrate climate and energy policies and plans in Ireland. I want to see the annual update to the climate plan to include the actions from all energy sectors. It will integrate our national retrofit plan. It will include policies and measures to support the development of green hydrogen and district heating. I want to focus my time, the Department’s capacity and our officials on implementation of policies,” he says.

“As Minister for Energy a decade ago, I remember being told that the 40 per cent target was beyond possible and that physics wouldn’t allow it. Recently, we’ve seen levels of wind penetration beyond even what we expected a few years ago,” he states.

“We keep learning how to balance variable supply and demand and the fact is that we are very good at it. Industry is very capable; our grid companies are very capable and we’re starting to utilise flexibilities in the form of demand side management and other capabilities. We are coming from a base of having shown real leadership and real skill.

“So, our target is we go for 70 per cent and then we go beyond, confident that we have done it before, and we will do it again now.”

However, the Minister was speaking shortly after the issuing of a number of amber warnings by the System Electricity Market Operator (SEMO) in September 2021 when the gap between demand and available supply was “smaller than optimum”. The Minister says that ensuring continued security of energy supply is “a national priority”. 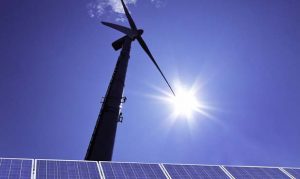 “I am acutely aware of the need to urgently replace the older, more polluting fossil generation in Ireland and cater for additional demand. Simple maths will point this to being in excess of 2GW of conventional plant, and much of this will be needed as soon as can be delivered,” he explains. “This conventional generation will spend much of its time in reserve for when needed, therefore the proportion of electricity generated by natural gas is expected to decrease from the current level of 50 per cent to much less than 30 per cent by 2030.

“We will also need additional capacity in both demand response and storage. I also know that accelerating our deployment of renewables and storage roll out will decrease the frequency and severity of supply shortages. My department and EirGrid are working closely with the CRU in this regard and there are a range of actions underway which will have to secure the capacity of reliable, flexible gas plant, that I hope will transition to renewable gas next decade.”

The Minister explains that data centres will also need to play their part in security of supply, demand response and storage, but also in the short term by mitigating their impacts on the grid where they wish to connect.

“The new Climate Action Plan, which I will soon bring to Government, will set out new targets to increase our renewable electricity supply, to deliver a highly flexible demand and ensure that we protect the security of electricity supply, upon which our economy and wellbeing depend,” he says.

Outlining how the Government aims to support new ambition in renewable electricity, the Minister points to the move away from the previous REFIT feed-in tariff support to an auction system in the form of the first RESS-1 scheme. A timeline of late 2021/early 2022 has been outlined for a further RESS auction, with the Minister expecting the qualification window to open in 2021.

Pointing to the seven community-based projects included in the first auction, Ryan says that he expects and hopes that that number will increase significantly in further auctions, recognising the importance of community involvement to maintain public and community support for the scale of change needed for delivery.

“We keep learning how to balance variable supply and demand and the fact is that we are very good at it.”

“I will also be looking to get community funding in, as well as community supports out,” he adds. “We are currently looking at various mechanisms by which we might get community capital in to help developers, to de-risk projects and to get low-cost capital financing into the system. It has been useful to look at international examples of where countries have been successful in bringing public capital in to support development.”

Ryan states that a further auction will also likely have a focus on those projects that will help ease rising levels of curtailment and constraint. “Grid is key to transformation and anything we can do, including battery storage and hybrid projects, to help overcome that grid constraint is going to offer real opportunities.”

The Minister stresses that the auction system should not hinder the development of corporate purchase ambitions and highlights the recent closure of a consultation on the policy options for meeting Ireland’s target of 15 per cent of demand to be met by renewable energy sources under CPPAs.

Ryan attests that in order for Ireland to reach its raised ambition, it will “require every tool in the box”. To this end, he points to the development of a Micro-generation Support Scheme set to provide enhanced balancing capability and a more stable system.

“We are late in implementing the clean energy package for microgeneration. We are absolutely committed to delivering this as soon as possible and I have appointed the CRU to implement a new clean export guarantee,” he states.

However, the Minister outlines his intention to offer support beyond micro-generation up to 50KW for a more distributed system and potentially go up to 1MW, particularly for business, rooftop solar and farming.

“We’re going to need every source of renewable power supply and we will be going further to look at a mechanism of how we roll that out and deliver it,” he explains.

Turning to offshore wind at scale, the Minister describes the potential as a “game changer”. The Government’s current target is for 5GW from offshore by 2030 and at least 30GW by 2050. The Minister explains that the rules for the first offshore auction will be set out in autumn, however, this must be preceded by the introduction of the Maritime Area Planning (MAP) Bill.

Ryan has called for bigger thinking in relation to offshore, believing that Ireland should not wait until 2030 to start deploying technology beyond fixed pylon. Suggesting a focus on floating offshore in the Celtic Sea, the Minister says: “We are going to have to go further than even our existing most ambitious plans.”

However, he warns: “We must not make false promises and we must not rush it. We need to get the environmental planning right and we need to ensure that our learnings over the last decade are replicated in the development of offshore to attract international investment and to build up local expertise.”

Ryan stresses that skills need to be built up not just in relation to deployment, maintenance, and supply but also in the use of power when it comes ashore. “We need to look at this as an industrial project for the use of power, not just the gathering of it,” he says.

To this end, the Minister highlights plans to bring officials from the Department’s petroleum affairs division into the renewables division to help ensure systemised long-term planning for 35GW of development.

The Minister is quick to point out that Ireland’s offshore development is part of a wider European project, stating his “fervent belief” that offshore wind development at scale will only work as part of international cooperation. Pointing to a North Sea rollout of potentially 250-400GW of offshore wind power, Ryan believes that the scale of that development will help bring down the cost of Ireland’s 35GW developments and provide learning.

“The sharing of the power through an interconnected grid system will help make the economics work and the engineering of this work,” he adds. “That involves the UK, whatever Brexit brings, because it is there as a neighbouring island, and we will connect more.”

Ryan stresses that for both onshore and offshore development, development of the grid is key, and management of distribution and transmission will be a major challenge in the years ahead. Flagging the planned introduction of 600,000 domestic heat pumps over the next decade as an example of the scale of the solutions that will need to be sought for the grid, he adds: “We are going to do it because it is a better energy system. The sophisticated switching on and off at both industrial and domestic scale is the centre of the new energy revolution that is taking hold across the world.

“Grid is key to transformation and anything we can do, including battery storage and hybrid projects, to help overcome that grid constraint is going to offer real opportunities.”

“This is where the energy future is, and it is where energy systems are going. We have to be and are going to be good at balancing, switching on and off smart energy systems and managing the distribution system to make it work.”

Turning to the decarbonisation of heat, Ryan says that the sector is often under looked and must now be taken seriously following Ireland’s failure to meet its heat targets. The Minister says that as well as the electrification of heat in domestic homes, the Government are also targeting the industrial sector through the Support Scheme for Renewable Heat (SSRH). The Minister acknowledges the delay in delivering the scheme, meaning that supports to business didn’t arrive on time to meet the country’s ambitions but says that he hopes this can be “turned around”.

One of the changes he hopes will help is the enhanced capability of SEAI, including approval of 50 new positions within the organisation and a further 50 in the Department, which he describes as a “signal of real intent” by the Government. Additionally, he points to a recognition by the Minister for Higher Education, Simon Harris TD, of a need for around 30,000 new workers in the area of retrofitting for the roll out of heat pumps and other sophisticated heat systems.

Concluding, the Minister says the underpinning raised ambitions must be political support, with a recognition that a stop-start approach will not work or provide the certainty needed for a decarbonised economy and a just transition.