Delivering urgency in Ireland’s response to the climate crisis

How active consumers can facilitate greater integration of renewables 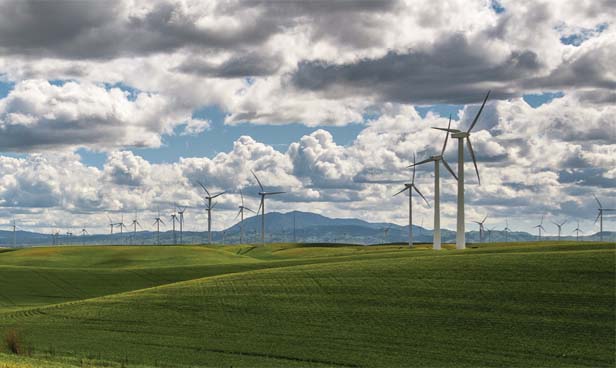 The traditional flow of energy was unidirectional, from large generators to customers with suppliers acting as intermediaries. This relationship is beginning to be transformed however, as more consumers are installing small-scale generation and consumers are being empowered to become active in the transition to a low-carbon economy, through demand response.

The Clean Energy for all Europeans Package (CEP) is a set of EU Regulations and Directives aimed at setting requirements that will enable the EU to meet its renewable goals and targets set out at the Paris Agreement in 2015. Two of the main documents in this package include the Electricity Directive (EU) 2019/944 (IMED) and the Renewables Directive (EU) 2018/2001 (REDII). A key element of these directives is the inclusion of small-scale market actors in the energy sector, such as individuals and energy communities who will be integral in developing and participating in new energy activities and opportunities, previously only available to large suppliers and network operators.

As smart meters continue to be rolled out in Ireland, consumers will have more opportunity to become aware of their energy usage and realise how it affects the wider electricity grid. Their active consumption can lead to an understanding of the source of the energy they use, and the opportunity to use greener and cheaper electricity at different times of day, or in different weather conditions. This understanding can then be translated into action if an individual or a group of individuals forming an energy community want to become more involved in maximising their local area’s decarbonisation efforts.

The CRU is in the process of developing an enabling regulatory framework that will facilitate the participation of active consumers and energy communities in the Irish electricity sector. An active consumer is an individual who generates renewable energy for their own consumption, sells or stores excess generated electricity, participates in energy efficiency schemes, or provides flexibility services to the distribution system operator, provided none of these activities are their primary profession.

An energy community is considered a group of active consumers who voluntarily commit to providing environmental, social, or economic welfare by engaging in renewable energy generation, energy sharing or trading, storage, or supply, provided these activities are not for commercial purposes and do not constitute the primary profession of any of the members of the community.

“The CRU is in the process of developing an enabling regulatory framework that will facilitate the participation of active consumers and energy communities in the Irish electricity sector. An active consumer is an individual who generates renewable energy for their own consumption, sells or stores excess generated electricity, participates in energy efficiency schemes, or provides flexibility services to the distribution system operator.”

Ireland has a well-developed network of existing Sustainable Energy Communities (SECs) who actively participate through the Sustainable Energy Authority of Ireland’s SEC Programme. The concepts of energy communities detailed in the directives, however, depict a different model than the existing SECs. Energy communities under the CEP would be encouraged to partake in specific energy activities that would help integrate more renewable energy into Ireland’s energy system.

The activities that active consumers and energy communities may partake in to play their part in the transition towards cleaner energy and higher renewable energy integration include the following:

Energy communities and active consumers are entitled to engage in these activities on their own, or by using an aggregator, who would be an entity that pools consumer loads and operates in the electricity markets on their behalf. Additionally, energy communities can hire a third-party to install, operate, or maintain their renewable energy project. The use of aggregators and third parties should enable more community participation from non-industry experts that want to play their part in integrating more renewables into the system. 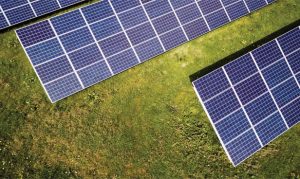 Another key entity in the facilitation of active consumers and energy communities will be the distribution system operator. ESB Networks will have a role to play in facilitating community development and enabling participation in activities such as energy sharing and demand response. It has begun assessing the changes needed to enable these forms of participation, and the CRU will continue to engage with ESB Networks as these concepts develop further.

The CRU has also begun discussions with prospective energy communities to identify regulatory barriers which could cause challenges in the progression of their projects. Two calls for evidence and one consultation have already been published as the CRU started exploring these topics. The papers mainly presented subjects, such as regulatory oversight, at a high-level to highlight the challenges of incorporating new market actors and small-scale individuals and energy communities into the energy sector.

More recently, the CRU took a step in a new direction to engage energy communities directly through webinars, where an open format allowed for constructive discussions and the opportunity for the CRU to learn from the most impacted stakeholders; the active consumers themselves.

From these engagements, the CRU has developed a strategy for the development of the enabling regulatory framework which will be progressed in the upcoming years. The framework will take time to develop fully, but once completed, it should be flexible enough to allow participation in all forms of energy activities by active consumers and energy communities. This would then enable a higher integration of renewable energy being used by small scale market actors in ways that were unavailable to these individuals and communities in the past and will empower consumers to play a larger role in the transition towards using cleaner energy.