Energy trading: a key element of the energy transition 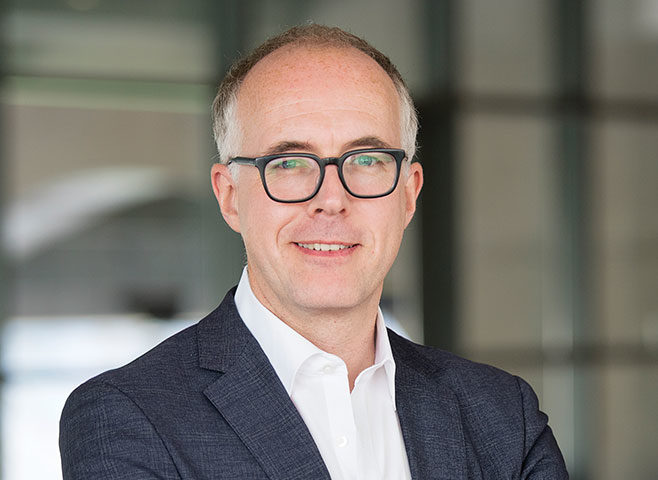 Arne Jungjohann, renewables expert, author and former political advisor, outlines the German energy production revolution which is being driven by citizens rather than multinational utilities.

“The result has been a rapid transition away from coal and nuclear to renewable energy sources,” explains Jungjohann. “This has also led to tremendously exciting economic opportunities for Germany. Today, 355,000 people are employed within the German renewables’ industry. This figure is greater than the combined total of people working within the coal and nuclear power industries.”

Jungjohann says that ‘people power’ has driven successive governments in Germany to allow citizen ownership of the country’s energy sector.

“The history of the transition can be traced back to activities of the anti-nuclear power movement, some 40 years ago. Today, we have reached the stage where the transition process, known as Energiewende, is now fully embedded within national policy at all levels of society.”

He references three core developments as being fundamental in the democratisation of energy policy in Germany.

“The first of these was the 1990 push by a small number of politicians to secure legislation, allowing for the introduction of an Energy Feed-In Law.

“The backbenchers involved represented groups within the Green, Social Democratic and LINKE Parties. They actually drafted up the legislation required, which was unique at the time. Up to that point only the German government brought forward draft legislation to parliament.

“The debate which followed took place during the Summer of Reunification for Germany and it took place under the radar of the large utilities in the west of the country, as they were totally focussed on gauging the costs involved in bringing the energy sector of Eastern Germany up to speed.”

According to Jungjohann, the success of getting the Feed-In legislation enacted greatly increased the general public’s awareness, where renewables are concerned.

“In 2000, another cross-party grouping of backbench politicians succeeded in abolishing the links that existed between central government and the power utilities. This represented a seismic shift in allowing community ownership of the power sector in Germany.

“Numerous energy co-ops were established around the country, a process that led to a dramatic increase in the production of electricity form renewable sources.”

He adds: “The final piece of the jigsaw was put in place courtesy of the decision by Chancellor Angela Merkel to legislate for the phasing out of nuclear power stations in Germany. Adding to the pressure which she came under from ordinary citizens throughout Germany to make this decision were the dramatic incidents, which unfolded at the Fukushima Nuclear Power Plant in Japan.

“Today there is total acceptance within Germany of the need to embrace renewable technologies. Over the past 15 years, the proportion of Germany’s energy market accounted by renewables has risen from five per cent to almost 33 per cent. This figure will continue to grow.”

Jungjohann cited the now environment-friendly approach by the Government and institutions, such as the banks, as being the key drivers in facilitating the growth of renewables in Germany.

“Take solar as a case in point,” he says. “The cost of installing panels in Germany is half that which is incurred across in the United States. Panels are now an internationally traded commodity. As a result, they are pretty-much uniformly priced.

“What makes the difference is the more encouraging planning and investment-related environment that exists in Germany. It is these reduced soft costs that create such an encouraging backdrop for the development of renewable technologies, across the board.

“Solar power is working in Germany. There is no reason why this should not be the case in Ireland. The figures confirm that the number of sunlight hours recorded on an annual basis in Ireland is actually greater than is the case in Germany.”

Jungjohann stresses the absolute importance for national governments to put strict rules in place, in order to allow the sustainable growth of renewable technologies.

“This sets the backdrop for citizens to act individually, or as groups, in order to harness the real power of renewables.”

The former political advisor outlines a number of key drivers for Energiewende taking grip across Germany in such a powerful way.

“We are talking about a bottom-up movement driven by citizens. A major motivation for Germany to transition to a renewable energy-based economy is its goal to fight climate change. A 2015 Pew Research Centre survey found that 84 percent of Germans believe climate change is already harming or will harm people around the world.

“Solar power is working in Germany. There is no reason why this should not be the case in Ireland. The figures confirm that the number of sunlight hours recorded on an annual basis in Ireland is actually greater than is the case in Germany.”

“In fact, there is no debate among German citizens or lawmakers as to whether climate change is real. There is a broad consensus that climate change is happening, is caused by human activity, and must be addressed by reducing carbon emissions and cutting energy waste.

“The German public feels a responsibility to act. They understand that Germany is among the countries that have most contributed to carbon emissions over the past century.”

According to Junjohann, another motivation for the energy transition is the idea that increasing use of renewables can strengthen Germany’s energy security.

He adds: “Since the country does not have a lot of natural resources, aside from lignite and relatively expensive hard coal, Germany imports two-thirds of its energy, including uranium. This dependency on energy imports makes the country vulnerable to fluctuating prices for fossil fuels and political influence from abroad. This vulnerability is particularly clear in the case of Russia.”

Germany is, by far, the largest importer of natural gas from the Russian Federation. Furthermore, Germany only produces roughly 15 percent of its own natural gas, importing about 40 percent from Russia.

“A third motivation for the energy transition is Germany’s planned phasing out of nuclear power. In fact, the Energiewende movement began as a popular protest against the construction of nuclear reactors in the 1970s, long before climate change became a common concern. Among German politicians there is a broad consensus that nuclear power has no role in a sustainable energy future.”