The future of renewable heat

Another perspective on Ireland’s potential with solar PV 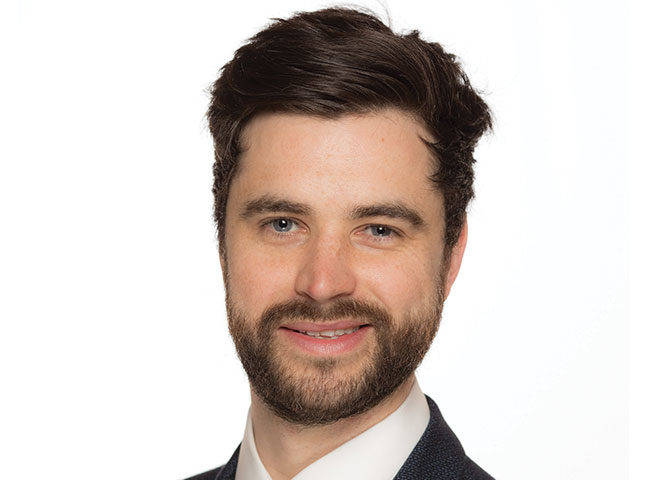 In recent years, solar PV has cemented its place amongst a suite of renewable technologies seen as critical in the struggle to meet global climate commitments. Despite remarkable global growth in installations, the technology has seen only modest deployment in Ireland, but there is undoubtedly a future for Ireland with this technology.

The Department of Communications, Climate Action and Environment recently issued a public consultation on the design of a new Renewable Electricity Support Scheme which has reignited debate around the role which solar photovoltaics (PV) could play in Ireland’s electricity mix. Since 2010, solar PV has been the fastest growing power generating technology worldwide, in terms of new capacity additions per year. However deployment to date in Ireland has been negligible, relative to the low hanging fruit of onshore wind which has accounted for the vast majority of Ireland’s renewable electricity growth.

There is however a small but growing solar PV deployment industry in Ireland, with installed capacity nationwide approaching 10MWp. Growth has been driven in part by building regulations, but primarily by a reduction in technology costs – since 2009 prices for PV modules have fallen by 80 per cent.

The debate on the role of solar PV in the Irish energy mix isn’t concerned with if, rather when, this technology will see a surge in deployment. Currently the debate is focused on the extent to which local deployment of rooftop and ground-mounted solar PV should be driven in the short-term, and what opportunities can be leveraged to grow the contribution of this technology towards Ireland’s 2020 national renewable energy target.

One perspective that has been missing from the debate is the significant economic opportunity which exists for Irish research and industry to stake a claim on the global solar PV supply chain. A recent report by SEAI estimates that by 2030 Irish business could capture up to €200 million annually of a European solar PV market worth over €10 billion. Irish organisations are already active in niche areas across the global solar supply chain and the report identifies considerable scope to build on these.

Ireland does not immediately seem like an obvious contender to become an exporter of services, components and products to solar installations across the world. Yes we have well-established supply chain strengths in wind, bioenergy and wave technologies, but Ireland is not recognised for its role in the solar sector.

Competition in the conventional solar supply chain is fierce. Production of the most commonplace silicon solar panels is dominated by a handful of manufacturers in China and Taiwan. There is a range of well-established incumbents who provide components such as inverters, racking, wafers and glass. Silicon modules have become commodified and there appears to be little space for new market entrants.

The door, however, is by no means closed to Irish industry and research.

Firstly, silicon module manufacturers are under immense pressure to deliver efficiency gains at lower cost. This means there is still scope for delivering marginal gains in efficiency through innovative processing techniques. Fortunately, Ireland boasts considerable know-how in semiconductor processing. One start-up, Nines Photovoltaics, specialises in silicon wafer etching and is attracting attention from international solar module manufacturers seeking these marginal gains. Providing licensing of innovative technology like this to tier one manufacturers could prove lucrative. This is due to the fact that the PV modules can account for almost half of the total investment in a solar installation.

“A recent report by SEAI estimates that by 2030 Irish business could capture up to €200 million annually of a European solar PV market worth over €10 billion.”

Secondly, there are a range of promising PV technologies and applications that Irish research and industry are well-placed to support through to commercialisation. Irish research institutions have a strong pedigree in materials science research. In particular, demonstrating know-how in a range of emerging photovoltaic materials, including perovskites, quantum dots, and organic semiconductors. Such materials can be integrated into a range of applications, producing energy in products such as wireless sensors or consumer electronics.

One application in particular that Irish firms could target is Building Integrated Photovoltaics (BIPV). This is where solar cells are integrated into building materials or elements as part of the building structure including materials such as glass, tiles and facades.

There has been much excitement about BIPV products such as Tesla’s solar roof tile. So far however, the market has failed to fully deliver. There are challenges with scale, cost, and most importantly, finding an efficient route to market, but technical breakthroughs are definitely bringing the technologies closer to commercialisation. Several companies in the US, for instance, are developing the distribution channels needed to find a sustainable customer base for their products. There is scope for Ireland to become both a developer of, and test-bed for, these products, given the combination of stringent building regulations, a strong building materials sector, and cutting-edge research into suitable solar materials.

Finally, in PV installations there is still considerable scope for cost reduction in the other system costs, aside from those for the modules themselves. Ireland has strengths in IT, telecommunications and data analytics and there is an opportunity for focusing on developing software and other smart grid solutions which optimise the production and distribution of electricity generated in solar installations. Firms such as NovoGrid, whose unique control platform maximises the output of renewable generators, stand to benefit from a rapidly growing global market.

As the global PV market grows, so too does the range of products and services supporting it. Irish businesses can carve out niche areas for themselves within this huge global market, by focusing on existing Irish strengths such as ICT, materials science, photonics, process engineering, storage and building materials.

SEAI’s report offers views from Irish stakeholders in the sector on how best to maximise this opportunity, including establishing stronger ties between research and industry, and targeting research funding towards the priority areas identified. In the ongoing debate about the role of solar PV in meeting our own energy demands, it’s worth recognising that Ireland can be more than just a technology taker in this sector. By recognising where our strengths lie and playing to these, the outlook for solar PV for Irish business could be very sunny indeed.