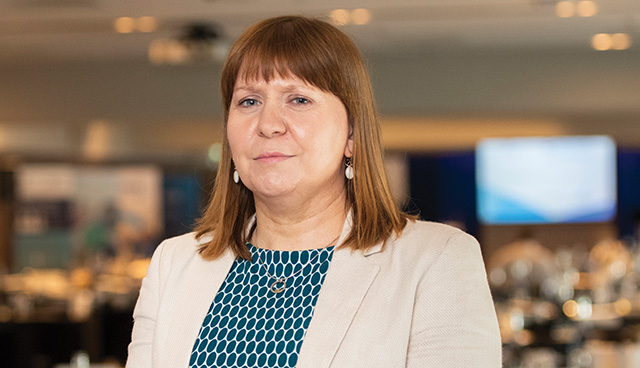 Sonya Twohig, Managing Director of the European Network of Transmission System Operators for Electricity (Entso-E), discusses how the threat of cyber security now constitutes one of the greatest challenges to electricity networks across the European Union.

Highlighting the 2015 cyber attack on the Ukrainian network as a case in point, Twohig says: “This was brought about by a deliberate hacking of the Ukrainian grid. It highlights the scope of what can be done using modern IT technologies. Europe must be in a state of readiness to fend off attacks of this nature into the future.”

According to Twohig, hackers were able to successfully compromise information systems of three energy distribution companies in Ukraine and temporarily disrupt electricity supply to the end consumers.

She adds: “Digitalisation will further expose Europe’s electricity networks to cyber risks. For its part, Entso-E is looking at ways by which Europe can enhance its cyber security protocols. This will require greater regional co-operation. It’s all about ensuring that consumers are fully protected, when it comes to the full and comprehensive operation of the electricity grid.”

The Managing Director states that the attack highlighted the exposure of Europe’s critical electricity infrastructure to many forms of cyber attack.

“For its part, Entso-E is developing policies that will help ensure that Europe is much better protected in this regard. There is no doubt that digitalisation of electricity networks increases the risk of cyber attacks taking place.

“We are currently working on a strategy that will ensure a leadership position on the future system of Europe’s electricity market.”

Entso-E, based in Brussels, represents 43 electricity transmission system operators (TSOs) from 36 countries across Europe. As a consequence, it has a remit both within and outside the EU. The organisation was established and given legal mandates by the EU’s Third package for the internal energy market in 2009, which aims at further liberalising the gas and electricity markets in the EU.

Twohig says that energy transition represents another core challenge facing electricity markets over the coming years, adding: “50 per cent of generating capacity will come from variable renewable sources by 2030. An additional 230GW of wind and solar PV will be connected to the continents’ grid within this same period.

“In all probability we will have installed higher variable renewals capacity compared to peak demand within the coming decade. We will also see countries with wind and solar potential achieving more than 80 per cent of total demand, courtesy of these resources, by 2025.

“The next decade should also see a reduction of dispatchable demand over peak load,” she adds.

Twohig confirms that decarbonisation of Europe’s electricity networks will happen but achieving this objective will require greater co-operation between countries. She points out that this is already happening, up to a point. Germany, for example, is heavily reliant on all its neighbours to deliver a secure electricity supply on a 24-7 basis.

“The need to put in place an even greater number of interconnectors is obvious.”

The Managing Director also highlights the current lack of co-ordination between the potential sources of renewable electricity sources and the operation of Europe’s electricity grid network.

“The grid had been developed with a north east-south west focus while the future flow of renewables will take place in a distinct north-south direction. New solar capacity will be centred in the south while wind and hydro options, for the most part, will be developed in the north.

“It is imperative that both systems fully complement each other as we look to the future. Making this happen will require greater levels of co-operation between all the countries involved.

“Renewables represent an intermittent supply source. Our future grid networks must take full account of this. New rules will also be required to facilitate these developments and these must be harmonised across Europe.”

“There is no doubt that digitalisation of electricity networks increases the risk of cyber attacks taking place.”

Twohig also references the need for Europe’s electricity markets to become more transparent, citing the need for new rules relating to day-ahead/intraday projections and market coupling. In her opinion, there is also a requirement for the establishment of regional security co-ordinators to deliver services to TSOs.

These will include the identification of risks of operational security in areas close to national borders; the calculation of available electricity transfer capacity across borders; providing market participants with consumption, production and grid status forecasts up to several weeks ahead, while also delivering an hourly update of all major grid assets on an hourly basis.

She points out that Entso-E enhances the regional coordination of Europe’s electricity market by working in close cooperation with all TSOs. This, in turn, facilitates the exchange of information and expertise among TSOs across regions, as well as ensuring consistency between them.

According to Twohig, Europe has seen tremendous growth in the coupling of European day-ahead electricity markets, much of which has been done on a voluntary basis.

Turning to developments in Ireland, Twohig said that ISEM had been an important market development, adding: “We need to see greater levels of discussion at a regional level on how change can be effected across Europe. This requirement will be factored into Entso-E’s 10-year regional plan. Regional coordination centres and regional energy forums will also play a key role moving forward as electricity and distribution evolves throughout Europe.”

According to Twohig, the forums will coordinate policies in a region on important issues such as capacity mechanisms, energy mix, renewables integration, loop flows and bidding zones. The various forums should consist of the governments of the respective countries, the national regulators and the TSOs, in consultation with stakeholders where applicable. Governments will ensure participation on a relevant ministerial level.

Twohig says: “To enable the energy transition in a secure and efficient manner, we need European and national institutions to support the establishment of regional energy forums.”

Concluding Twohig references the work of Entso-E in developing a new Ten-Year Network Development Plan (TYNDP). This will take published in November 2019 and will lay out the ways by which a seamless integration of Europe’s electricity network and markets can be achieved.

She explains: “Europe can look forward to a decarbonised future. We need to balance wind and solar as sources of renewable energy for the future. But, above all else, our future decision making must be gotten right. It is in this context that regional co-operation will play such a vital role right across Europe.”